Saturday and the Supermarket: Simply Savings

Yes, I'll admit that I stole the space (temporarily) under the desk section to store my collection of floor pillows for the media room. Shhhh! Don't tell the Honey Badger. :) 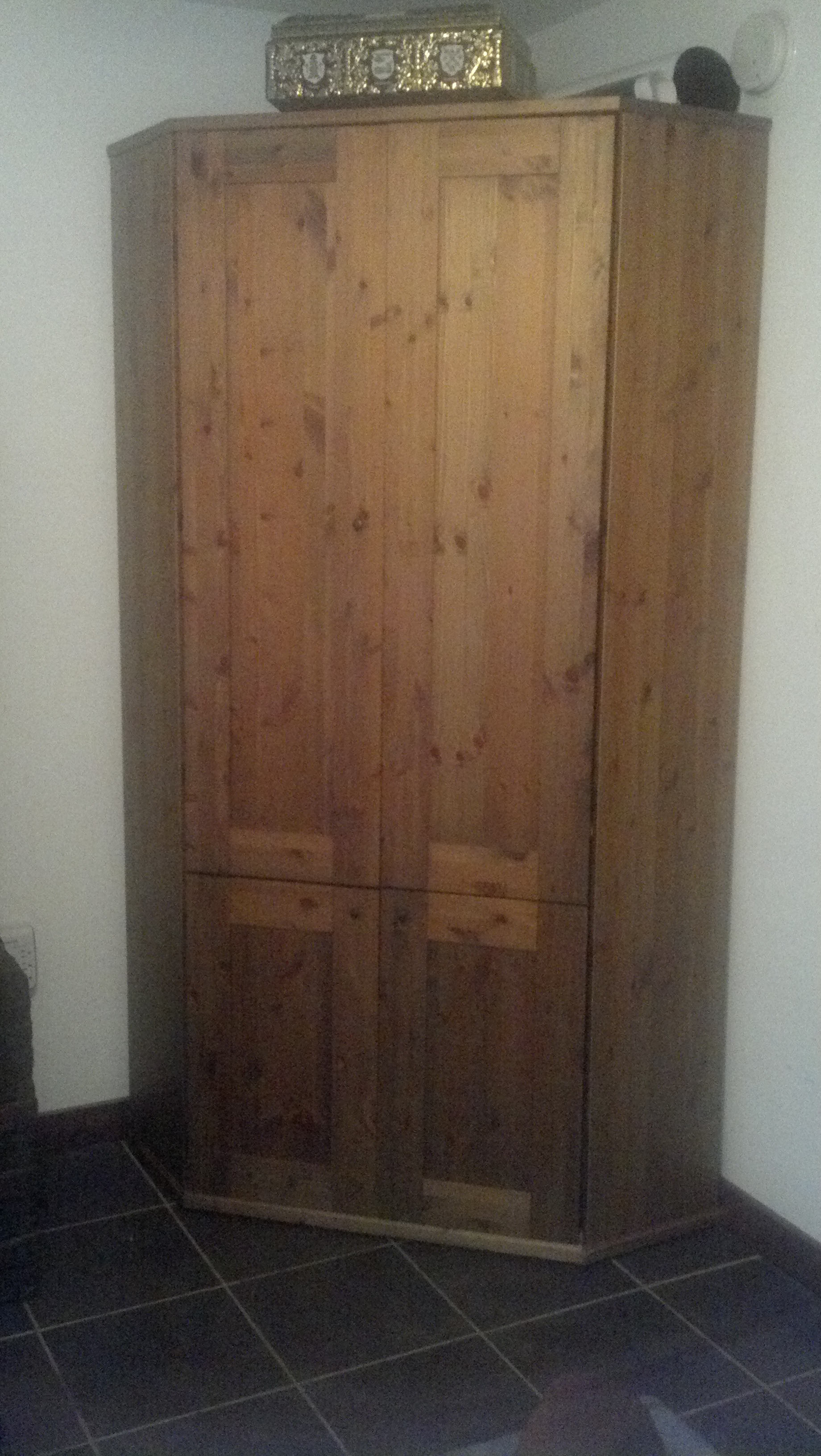 A few weeks ago, I was poking around in a nearby Goodwill store. (I just LOVE treasure hunting at Goodwill!) On this particular day, I saw some boards propped up against a back wall. They were pretty boards: solid wood in a medium hue and they appeared to be pine. They also looked like they may be doors to something. Then I saw MORE boards. They had military moving stickers on them. Someone had taken apart a piece of furniture for a military move and there were the pieces, sitting in the Goodwill.

I scratched my head and started gathering up all the boards into a single pile (they were mixed in with headboards and such). After a few moments, I figured out it was a corner cabinet... with a desk unit that included a slide-out keyboard drawer. If I was looking at the pieces correctly, it appeared to be fairly large.

Now I've never really been a fan of corner cabinets, but my Honey Badger really needs a place to work at the cabin and I thought a cabinet like this might give him additional storage space for all the things he carries back and forth, which is ALSO needed.

So I started looking for a price. I found a sticker of $12.50 on each piece. After a quick calculation, I realized that it was going to be pretty expensive... unless that was a price for the whole thing. So, I asked. That day, I trotted out of the Goodwill with pieces of a HUGE corner desk/wardrobe combo for the corner of the media room for under $15. It was originally from IKEA, according to a parts number sticker I found on a few of the parts.

Today, my Honey Badger finished putting it all together for me. Granted, we had more in screws than it cost to buy the piece itself... but all the pieces are there -- with the exception of one door pull and a middle hinge on a single door -- both of which can be replaced without a huge issue. 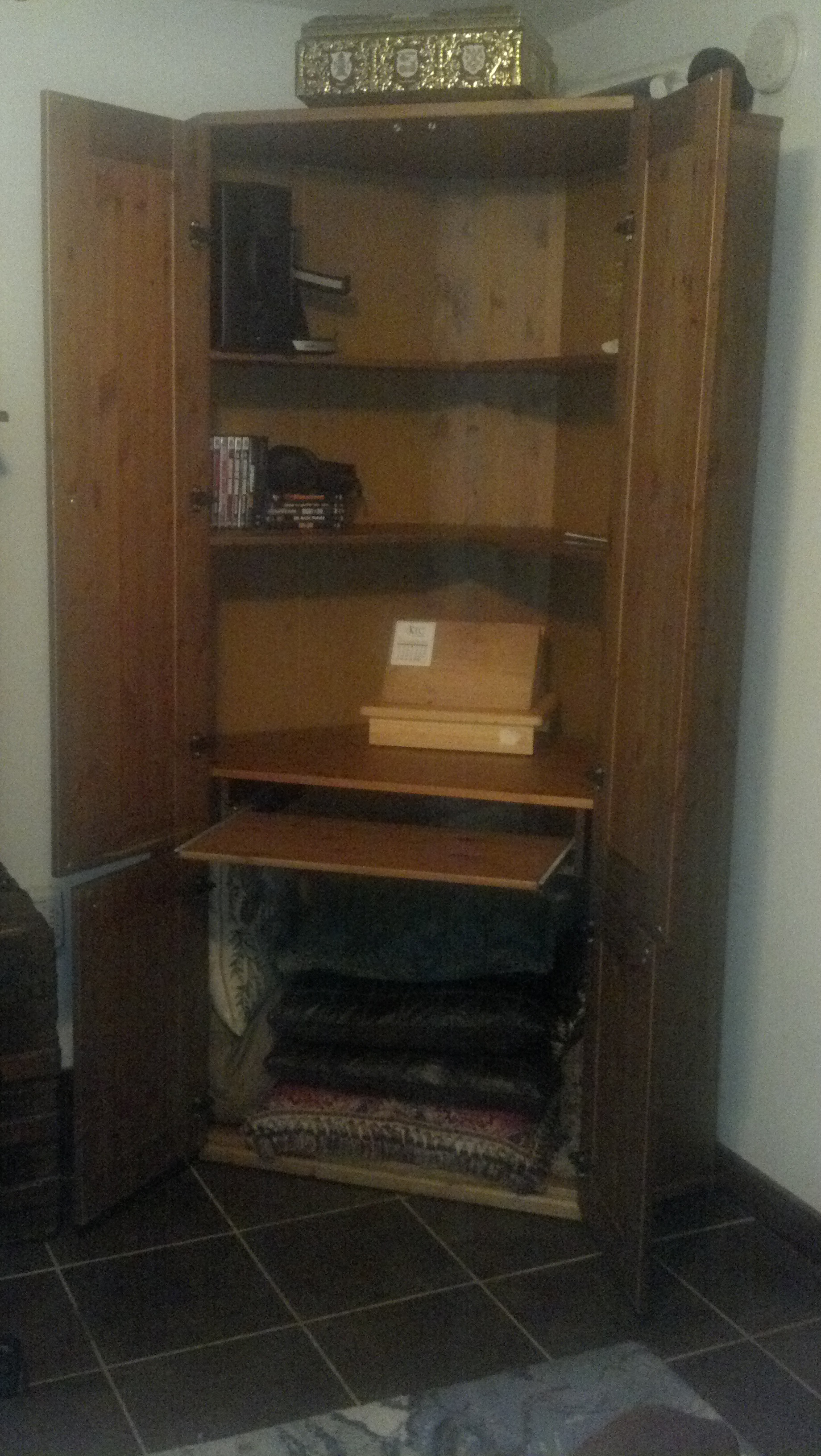 Do You Have Tiny House Dreams?